What are landrace strains?

What are landrace strains?

Today’s cannabis customers have more options than ever before. While there is a cultivar for every situation, all of the cannabis strains that are currently accessible can be genetically linked to a small number of landrace strains.

Cannabis cultivars, known as landrace strains have developed stable genetics over millennia of natural selection and extended exposure to their native habitat. Breeders have never crossed them.

Being a highly adaptable plant, cannabis expanded around the globe with human generations, becoming a “native” of many areas in the Middle East, Africa, the Americas, and Asia.

Where do landrace strains come from?

One of the oldest crops in human history is cannabis. The Chinese monarch Shen-Nung first made mention of the plant in written records in 2900 B.C. Shen, regarded as the founder of Chinese medicine, included references to cannabis in the Pen Ts’ao, an encyclopedia of plant remedies. 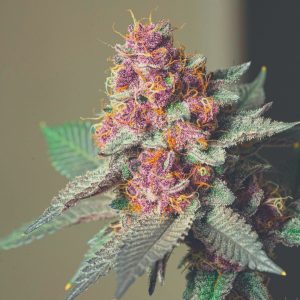 Trending
What is craft flower anyways?

Cannabis was already being used in China throughout the Neolithic period, around 10,000 B.C., according to other archaeological evidence, such as hemp rope imprints on shattered pottery.
One of the oldest crops in human history is cannabis. All cannabis genetics may be traced to a single plant that originated in the Hindu Kush region of what is now Afghanistan and Pakistan, according to botanists.

The first wild cannabis strain was utilized for everything from religious and therapeutic purposes to the production of textiles and rope.

The very beneficial cannabis plant was brought west by the ancient Greeks and Romans to the Middle East and Russia. Later, Germanic tribes transported it further west, and the Ottomans transported it south to Africa. African cannabis species arrived in the Caribbean and Central America in 1545 with the first colonial voyages, when they were utilized for rope, animal feed, painting oils, and a variety of other things.

Many of these areas saw the flourishing of the very adaptable cannabis plant, which organically evolved growth traits that were best suited to the varied environments of Asia, Africa, and Central America. These were the first landrace strains, identified by traits adapted to their unique growth circumstances and called after their nation or region of origin.

Why is it challenging to find landrace strains?

It might be challenging to locate authentic landrace strains outside of their native habitat. Cannabis growers started experimenting with hybridization in the 1970s and 1980s, combining landrace strains to produce the first hybrids like Skunk #1 and Chemdawg. The breeding of new cannabis generations diluted the original landrace genetics as many breeders competed to have the most significant strain possible.

Cannabis growers started experimenting with hybridization in the 1970s and 1980s, combining landrace strains to produce the first hybrids.

Because many of the strains we refer to as landraces all descended from a single genetic origin, the term “landrace” is likewise problematic. Technically, the strain cultivated in the Hindu Kush region, where humans first discovered cannabis, is the only true landrace strain.

However, according to Merriam-Webster, the term “landrace” is simply “a local variety of a species of plant or animal that possesses distinctive features deriving from development and adaptation over time to conditions of a confined geographic location.” This makes it challenging to grow an Afghan landrace strain, for example, in Southern California because the growth environment is very different.

Landrace strains create phenotypes or variations of the plant with similar genetics but different features when their seeds are grown outside the region in which they evolved.

These variations can be observed in the size, growth, and chemical composition of a heritage cannabis plant. It could lead to changes in terpene levels, cannabinoid profiles, and flowering dates. In keeping with the previous illustration, even though an Afghan landrace seed may still be from the original plant, its phenotype will be very different from that of a seed cultivated in the Hindu Kush Mountains due to Southern California’s drier and sunnier climate.

Cannabis strains classified as “heirloom” are landrace varieties with genetics that have undergone at least 50 years of human cultivation outside the landrace’s natural habitat. When landrace strain phenotypes acquire genetic stability in their new growing habitat, they become heirlooms.

Cannabis strains classified as “heirloom” are landrace varieties with genetics that have undergone at least 50 years of human cultivation outside the landrace’s natural habitat.

Landrace strains are frequently given their geographic origins as names. They are simple to spot. For instance, songs like Acapulco Gold (South America) and Durban Poison (Africa) flourished close to the equator in warmer, drier regions. These plants have protracted flowering periods that take advantage of abundant sunlight, massive, dense fan leaves,

and enormous heights. Shorter plants with broad fan leaves that are better adapted to greater moisture levels and higher altitudes with less sunlight are produced by cultivars like Afghan (Middle East) and Hindu Kush (Asia).

There are still a lot of landrace strains available in dispensaries and as seeds from respectable breeders on the cannabis market today.

Taller plants with elongated buds, high calyx-to-leaf ratios, and an abundance of lateral branching characterize Latin American landraces, including Acapulco Gold, Colombian Gold, and Jamaica’s Lamb’s Bread. These strains often include more significant amounts of caryophyllene and limonene compounds, which give them a peppery, lemony scent.

Landraces from the Middle East, such as Afghan and Hindu Kush, are small, stocky plants with broad leaves and big, fat buds known for their high resin content. Due to the presence of caryophyllene and pinene in these strains, they emit the distinctive pepper and pine scent of Kush.

Durban Poison, the most well-known African landrace strain, was developed in South Africa by local tribes. Durban Poison has long, fluffy buds and reaches a medium height. The song is well-known for its sweet, fruity flavour and is also vital in THC, myrcene, and limonene.

Near the equator, Asian landraces like the Thai and Nepalese flourished as tall plants with numerous dense branches, long, serrated leaves, and fluffy blooms coated in resin. High concentrations of caryophyllene and humulene in these aromatic varieties provide their sweet and spicy scents.

For further reading check out the blog